Very sorry to hear of the sad news of the death of Graf Anton Wolgang von Faber-Castell, known also as Count Toni.  He was the inspirational leader of Faber-Castell as we know it today.  My first involvement of the Faber-Castell brand happened in circa 1995 when I met the then Northern European Area Manager Kaas Backer in the Novotel Hammersmith, London, whereupon we discussed the new distributionship of the relatively new Faber-Castell range, namely, Graf von Faber-Castell.  I had never seen anything like this before and it subsequently opened my eyes to a whole new world of luxury writing instruments.  The infamous Graf von Faber-Castell No:1 Set was the most intriguing item, a beautiful set comprising of the Perfect Pencil and replacement pencils all displayed in a likewise beautiful wooden box with silver plated lid.  As far as I was concerned the distribution agreement was a done deal and Graf von Faber-Castell was subsequently and properly launched in the U.K.  Now GvFC has a boutique in Harrods and is available in many good stationers and fine writing shops across britain.  Other pens of course have followed and the Faber-Castell brand, better known for colouring pencils, has launched its own 'Design' range which to this day is probably one of the best fountain pens in the sub-fifty pound market. 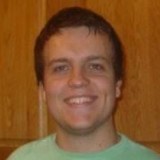